Rapid City, SD (May 31, 2017) — A feature story and video in The Wall Street Journal declares Balance Bikes: The End of Training Wheels. Writer Jason Gay attended the Strider Cup Race in Fort Worth, writing in Welcome to the Tour de France of Toddler Racing:

“Training wheels have been disrupted. Today, more children than ever are learning on balance bikes … The concept is simple: The more a child rides a balance bike, the more comfortable he or she becomes on two wheels.”

ESPN shared Gay’s article on Instant Awesome: Say hello to the ‘Tour de France’ of toddler bicycle racing, adding, “Honestly, this is something you need to see to believe.”

Strider Sports, the world’s leading manufacturer and marketer of children’s no-pedal balance bikes, hosts the series and is celebrating 10 years and 1.6 million bikes sold since 2007.

“Strider Bikes teach balance and inspire kids as young as 18 months old to enjoy the freedom of two wheels,” said Strider CEO and Founder Ryan McFarland. “Tricycles and training wheels are a disservice to all. Most children who start on a Strider Bike transition easier and faster to a pedal bike than those who start on three wheels.”

USA Cycling’s President Derek Bouchard-Hall has two daughters who started on balance bikes and were riding pedal bikes by age five. In Gay’s article, Bouchard-Hall noted, “Balance bikes are highly effective at helping kids learn to ride … They’ve made training wheels obsolete from the perspective of many parents—including me.”

Diaper-clad 19-month-old Abigail Crossland raced at Fort Worth. Her dad, Brett, said, “She wakes up, grabs her helmet and is at the back door waiting to go most mornings. We’re glad to see her excited about her bike instead of a screen or other toys.”

Strider Cup events include races for 2-, 3-, 4- and 5-year-olds and Special Needs Races. After the Fort Worth race, Strider held one in Pittsburgh on May 27. The next races are June 10, Lincoln, NE, and the Strider Cup World Championship, July 21-22 in Salt Lake City.

Strider Sports designs efficient, no-pedal balance bikes for children as young as 18 months, as well as riders of all ages with balance and coordination challenges. Strider’s mission is to simplify a bike, so proper size and weight combine to eliminate fear of riding and instill confidence. Strider Bikes allow riders to learn balance, leaning and steering; thus eliminating the need for tricycles or training wheels. Founded in 2007 in Rapid City, S.D., Strider has sold over 1.6 million bikes and is distributed in over 75 countries. It has donated over $850,000 through its Rider Fund. Visit www.StriderBikes.com, Facebook or Instagram. 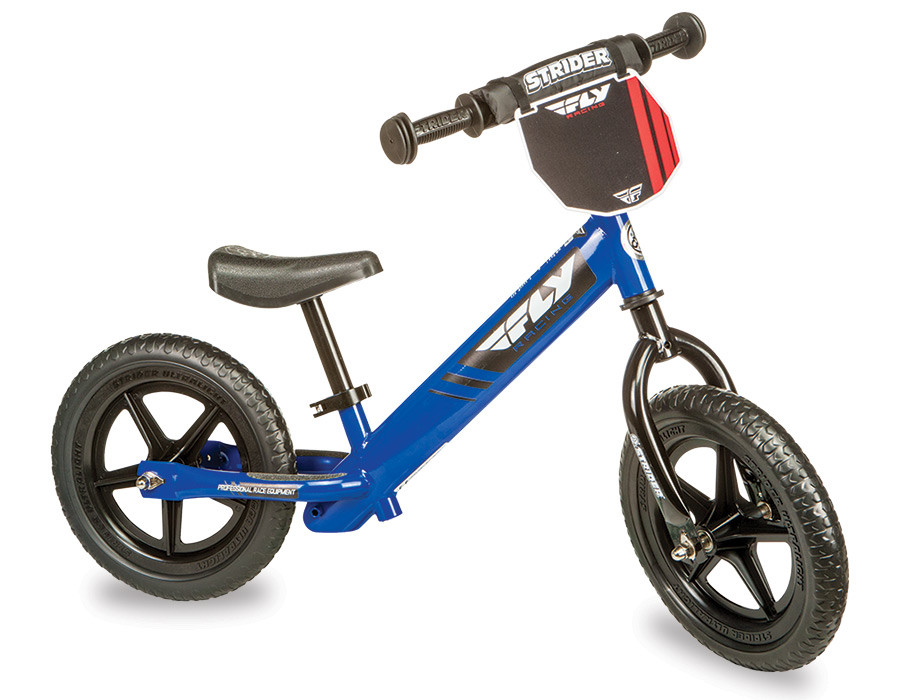 The 5 Most Recent Articles